is a seasoned professional with over two decades of legal, policy, and grant making experience. Prior to founding Taveras3 Consulting, LLC Luisa served as program officer with the Open Society Foundations (OSF) from 2010 to 2016, where she managed several grant-making portfolios, averaging $5 million annually, at the intersection of justice, employment, education, and immigration. She developed key investment strategies designed to improve outcomes for vulnerable young people and to advance the Sixth Amendment right to quality representation for poor people accused of crimes. Prior to joining OSF, she held leadership positions with the Vera Institute of Justice and the Center for Court Innovation (2003 – 2009), where she worked in collaboration with government and community stakeholders to advance systemic reform. Prior to her transition to systemic reform and philanthropy, Luisa had a successful career as a trial attorney (1993-2003) in New York City with Neighborhood Defender Service of Harlem (NDS) and SEIU, 32BJ Legal Fund representing clients in Criminal, Supreme, and Family Court, in all aspects of their legal matters from pre-arrest intervention through verdict or settlement. She also represented clients before federal, state, and city agencies in collateral matters related to deportation, driving infractions, school suspension, and housing eviction.

Luisa holds a Juris Doctor from Fordham University School of Law where she was the recipient of the Archibald R. Murray Public Service Award. She is admitted to the NYS First Judicial Department, the U.S. Supreme Court, and is a member of the American Bar Association. She holds a Bachelor of Arts degree from Colgate University. Luisa is also a Coro Leadership New York Fellow and holds professional certifications in executive leadership from New York University School of Social Work and FranklinCovey; financial management from the U.K. based Management Accounting for Non-governmental Organisations (MANGO) and Non-profit Finance Fund (NFF); and, professional coaching from the Center for Coaching Certification, an International Coach Federation member. 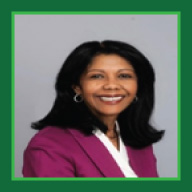 is a seasoned grant-maker with more than twenty years of experience in social change philanthropy in the areas of K-12 education, youth, and community development. During her twelve-year tenure as president of the Edward W. Hazen Foundation, she developed and implemented a highly effective grant-making strategy that established the Hazen Foundation as a leader among education and youth development funders. Most recently, as a consultant and Special Projects Officer at The New York Community Trust, Barbara helped to develop the funding strategy for the Brooke Astor Fund for New York City Education, a five-year, 40-million dollar fund established by the New York Attorney General. She was also instrumental in the creation of the Trust’s South Bronx Healthy and Livable Neighborhoods Program, and the Leadership Fellows Program for mid-level managers at Baruch College.

In the broader field of philanthropy, Barbara played a central role in the creation of a number of celebrated funder collaboratives, including the Funders Collaborative for Youth Organizing, and the Funders Collaborative for Strong Latino Communities. In 2003, Barbara was co-recipient of the prestigious Council on Foundations Scrivner Award for Creative Grantmaking. Barbara holds a Master’s Degree from Georgetown University, and a Bachelor of Arts Degree from Pace University. 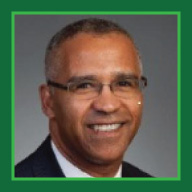 is a distinguished information technology expert, developing information technology systems and processes in the healthcare industry and the private sector. Dr. Taveras currently serves as Chief Information Officer and Senior Vice President at Barnabas Health, Inc. Prior to joining Barnabas, Dr. Taveras served as Chief Information Officer and Senior Vice President of Hartford HealthCare Corporation, and earlier as the Program Manager for the creation of an internal information technology organization for the Hospital of Central Connecticut, where he guided an institutional transition from a fully outsourced environment to an in-house model. From 2003 to 2009, Dr. Taveras held several key leadership roles with Accenture, a multinational management consulting services company. Before joining Accenture, Dr. Taveras served as Chief Technology Officer and Senior Vice President for St. Vincent Catholic Medical Centers of NY, and as a Senior Partner at Computer Sciences Corporation (CSC) and was responsible for the creation of its East Coast health care practice. Prior to CSC, Dr. Taveras was a Senior Manager of KPMG Consulting’s health care technology practice. Earlier in his career, he held a number of leadership positions within IBM’s health care and higher education practices.

Dr. Taveras is a former Vice Chairman of the William G. Forbeck Cancer Research Foundation and former Director for the United Way of Northeastern Connecticut. He served for a number of years as the President of the Ortley Beach Voters and Taxpayers Association. Dr. Taveras earned his Ph.D. at the University of Sarasota, his MBA from Rutgers University and a Bachelor of Science degree from Wesleyan University.

Start Your Journey
Go to Top